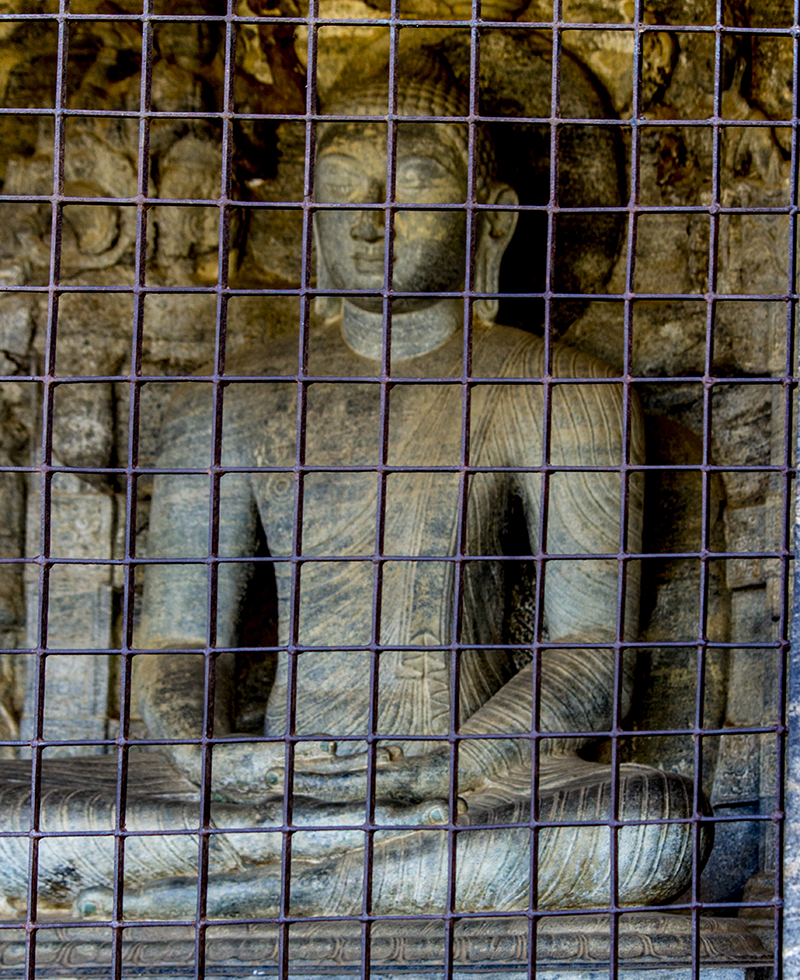 I encountered the caged Buddha at Gal Vihara in Sri Lanka on a day with so much humidity I felt like I was swimming instead of walking through the ancient ruins. This Buddha in the cage is one of four Buddha’s carved into a rock wall at this ancient and holy site. There is an old story told to me by the kindly old man giving tours of Gal Vihara that says this particular Buddha is hiding gold either beneath the statue or within the statue. To prevent theft, the Buddha must be locked up in a cage for it’s own safety.

The true value of the Buddha is in the wisdom of his teachings not the gold that may be hidden within this statue. But greed is a human condition which rarely values the teaching of the sages.

The cage represents the constraints Western Society is trying to impose on religion and religious speech. The argument being that adherents to the traditional religions oppresses the freedoms of those that don’t conform to it’s rules.  I find it ironic these self-appointed keepers of truth can’t see the sword is double edged and beheads when swung in either direction. You simply can’t claim to be for freedom of speech if you attempt to suppress the speech with which you don’t agree.