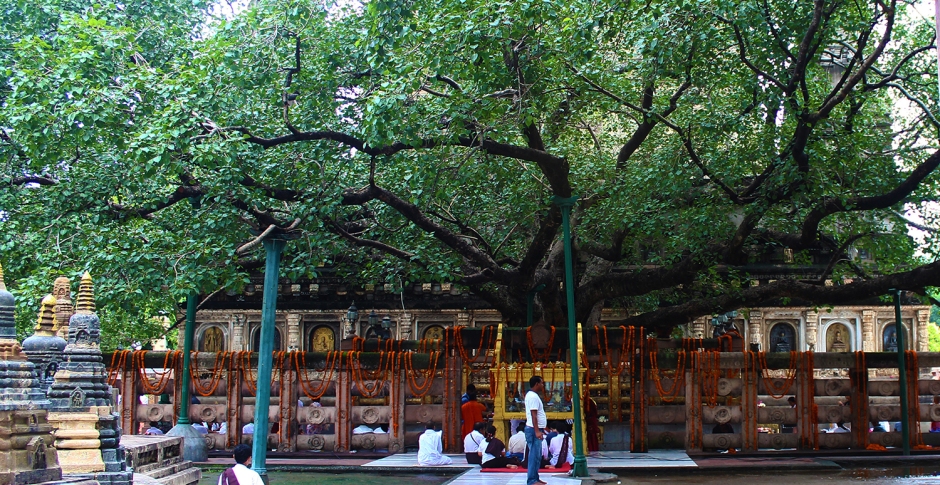 It is said that Siddharta found enlightenment while meditating beneath the Bodhi Tree at which time he became the Buddha. That was 400 years before Christ which puts the event about 2400 years ago. According to Buddhist texts, the Buddha, after his Enlightenment, spent a whole week in front of the tree, standing with unblinking eyes, gazing at it with gratitude.

This tree is an ancestor of the original. The original died and was then regrown through a sapling of the original that had been taken to Sri Lanka, a bastion of Buddhism. The blue poles hold up the massive limbs so it doesn’t break under it’s own weight.

I stood in awe at it’s base along with many devotees who knelt and prayed. I reached up to touch a leaf, to touch history, to touch an object of devotion. Plucking leaves is not allowed. I was able to get a couple that had fallen to the ground. It’s not often one gets to possess, however temporary, a piece of history.

3 thoughts on “The Bodhi Tree”

Leave a Reply to David A Olson Cancel reply