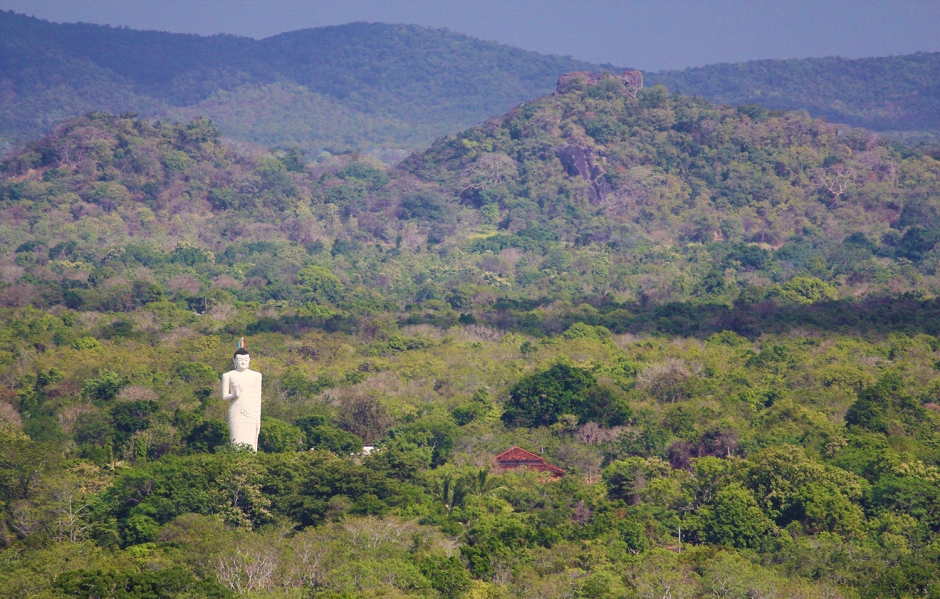 From the top of Lion’s Rock, way out in the distance, a large white Buddha statue stood up from the midst of the green landscape. Thankfully, I had my long lens.

Most of the Buddha’s I saw in Sri Lanka were white including the one my driver had on the dash of his car. I have found throughout India, Nepal, and Sri Lanka that drivers have a statue of their favorite deity, the Nepal driver had both Buddha and Ganesh (just in case) the way Christians used to have St. Christopher’s in their cars. In the West, the St. Christopher’s have long since disappeared unlike in Southeast asia where most cars I have been in contain an idol.

In Polonnaruwa, I purchased a white, sitting Buddha for my icon’s collection.

One thought on “The White Buddha”